SERVING TEMPERATURE: Ideal as an aperitif or excellent with seafood, white meats, pasta or cheese 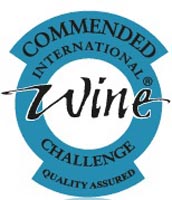 Scent of the Sea

The scent of the sea, as intense and full as only the country of Sicily can provide. Dive into the island’s splendid waters, take a stroll along the beach whilst waiting for the sun to set (and the temperature to fall) so that you can dedicate yourself to a pleasurable dinner in the company of friends – perhaps a meal that makes use of all of the flavours that the island, set halfway between Italy and Africa, can bring to the table.

Now is the season to prepare sardines, a blue fish rich in vitamins and minerals and perfect for a healthy, balanced diet. Even better when they taste as good as they do when served in one of the classic Sicilian recipes such as Sarde a Beccafico.

In Roman cuisine the artichoke is nothing short of king. It is served throughout the year, often with meat or fish, however it has to be said that almost no dish is complete without it.

Thanks to the ancient Jewish tradition that is very strong in the Italian capital, the Roman or Jewish-style artichoke – to name but two examples – are dishes that deserve to be sampled. The recipes in both cases are simple – the main difference between them being the cooking method. Artichoke alla Romana is cooked in stock whereas the Roman Jewish-style artichoke is cooked in hot oil.

Pasta with pesto or even gnocchi or the Ligurian speciality pasta, trofie. The secret is actually in the potatoes and beans, two fundamental ingredients which many people neglect but which were part of the original recipe and should be cooked together with the pasta according to the Italian tradition. For a more rustic flavor make the pesto at home, otherwise it can be bought ready-made.

This website uses cookies to improve your experience while you navigate through the website. Out of these cookies, the cookies that are categorized as necessary are stored on your browser as they are essential for the working of basic functionalities of the website. We also use third-party cookies that help us analyze and understand how you use this website. These cookies will be stored in your browser only with your consent. You also have the option to opt-out of these cookies. But opting out of some of these cookies may have an effect on your browsing experience.
Necessary Always Enabled
Necessary cookies are absolutely essential for the website to function properly. These cookies ensure basic functionalities and security features of the website, anonymously.
Advertisement
Advertisement cookies are used to provide visitors with relevant ads and marketing campaigns. These cookies track visitors across websites and collect information to provide customized ads.
Analytics
Analytical cookies are used to understand how visitors interact with the website. These cookies help provide information on metrics the number of visitors, bounce rate, traffic source, etc.
Performance
Performance cookies are used to understand and analyze the key performance indexes of the website which helps in delivering a better user experience for the visitors.
Functional
Functional cookies help to perform certain functionalities like sharing the content of the website on social media platforms, collect feedbacks, and other third-party features.
Others
Other uncategorized cookies are those that are being analyzed and have not been classified into a category as yet.
Save & Accept